Life may seem to have a plan, but for the most part it’s pretty random. We’re thrown together on this big old rock, then try to connect in a variety of ways. Our reach has expanded through technology, but the desired result has never changed; we are looking for friendship and love, an understanding ear, and a sense of belonging though shared experience.

Last week I lost a dear friend. Kim passed quietly in her sleep, after her brave battle with lung cancer. Kim and I never met, our relationship was built on emails exchanged over a period of many years, and I only spoke with her twice, after she informed me of her illness. Yet, now that she’s gone, I feel like a part of me went with her.

Drifting back to 2002, my son is planning for college. My wife and I are anxiously awaiting a call from the adoption agency and China to notify us when we will be able to travel to adopt our yet unknown baby girl. So it goes that a boy from the northeastern United States meets and marries a girl from the tiny country of Guyana in South America, and they have a child together. Over sixteen years later a baby girl is born in the middle of China, to become part of this family nearly two years later.

Spin the wheel of life…

About this time, during a quiet period at work, I’m posting a review to Yahoo Movies about The Sixth Sense. The next day I see a response on the message board from another fan of the movie. Like me, she never saw the surprise ending coming. From that unlikely exchange grew our friendship as we discussed and recommended other movies and music. Kim was a fan of soul music, which led me to nickname her my little soul sister, but more about that later…

I started a little guessing game, beginning with my first email where I assumed that Kim was a guy. She quickly corrected and playfully reprimanded me for my sexist presumption that only a man would be adventurous enough to leave his home country and study abroad. Explaining the process of trying to transform a complete stranger into a friend, I recounted to Kim an experience I had many years ago in what was then the famous Folk City in Greenwich Village in lower Manhattan.

Folk City was this dark little club where Bob Dylan made his NYC debut and the atmosphere defined bohemian. A friend from work had introduced me to the club, and one night I decided to visit on my own. I sat at a small table between the bar and the stage and nursed my drink while taking in the local musical talent and atmosphere. To my immediate left a girl, maybe a few years older than me, sat alone at her table also surveying the scene. I cautiously peaked at her out of the corner of my glasses, then noticed she was doing the same thing. If this was a movie, she would have smiled, and I would have been emboldened to go over to her table and introduce myself. Alas, for me at least, real life is never like the movies. Instead, she maintained a stern, suspicious expression and I eventually backed down from the staring contest.

I told Kim we were a lot like those two people in the club, carefully glancing at each other on opposite sides of the world, trying to piece together some understanding of the person behind the words and pictures. 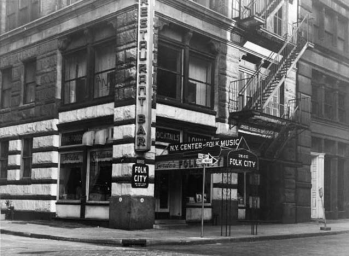 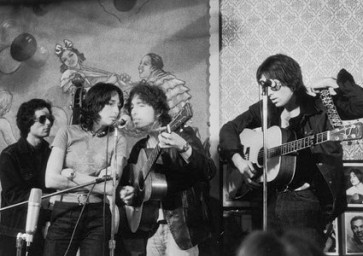 Over the years, it became almost comical how often I was incorrect with my guesses. The picture below is a perfect example. When Kim posted it on Facebook a few years ago, I was so excited for her that I commented, “Congratulations?” That started a deluge of follow up comments in English and Chinese, “Are you?”

No, she wasn’t, to my disappointment, as I can’t think of anyone more suited to motherhood; it was only a bit of wind puffing out her blouse. In my defense, it was an honest and well meaning mistake. Besides, look at her thoughtful expression as she contemplated her future. Kim had her share of fun with this game, commenting that since I’m an American that I must listen to Madonna. OK, maybe she was a little better at guessing than me. 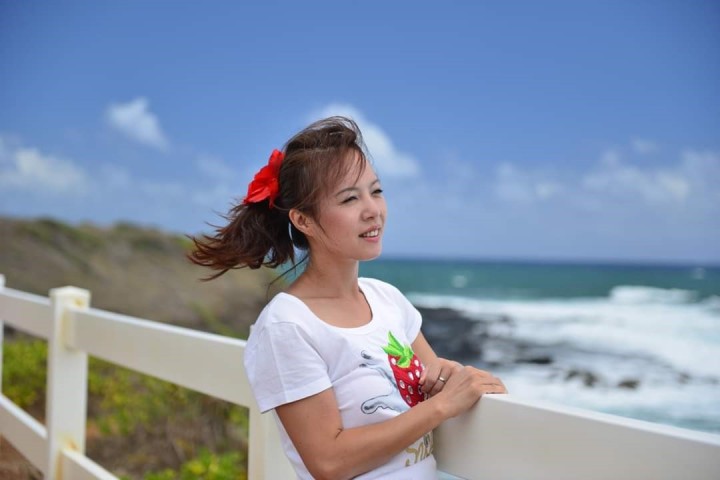 17 years…more than one-third of my adult life’s experiences shared through a thread of electrons. Kim and I shared stories about family and work, but also discussed philosophy and religion. After an early career in IT, Kim decided to move in a different direction pursuing her seminary studies in the U.K. and Hong Kong as a path to help others. Later, when she moved to the San Francisco bay area with her husband Dan, she obtained her counseling LPC so she could provide support to the Asian community. With this, my reference to Kim as “my little soul sister” took on a deeper meaning.

Filling in the earlier years of our lives, I told Kim the story of how I met my wife Bibi at work, smiling at each other from across the room. Kim summed up the experience nicely as, “Love at first sight and last forever…” as she reflected on her own love life and hope for the future. She eventually met and married Dan–I know nothing of their courtship, having learned of their marriage through Facebook–but, Dan was by her side, right until the end. I know the past few months were especially difficult for both of them.

As I said, Kim and I never met, and I never really said goodbye. There is no wake or funeral for me. I can’t be there to read her eulogy. Once I learned of Kim’s disease I spoke with family and friends about her, and about our friendship as long-time pen pals. I think this helped give the whole experience some substance. In the end, I was left with a few inadequate words to Kim to explain what her friendship has meant to me:

Obviously, I’ve thought about you a lot lately, about our friendship and what you mean to me. I know you, and I don’t know you. I think back to the little guessing game we started in the very beginning, and about how often I was wrong in my assumptions, right up to the time I misread your Facebook post with the windblown blouse and wistful expression on your face. But it was a mistake with a heartfelt intention. I have always wished only the best for you and couldn’t think of a better person to be a mother and raise a family. I know I have always been right in my admiration of your strength and adventurous spirit and knowing that you have a good heart and generous nature which was evidenced in your work first through your ministry, then more recently in counseling others.
Maybe I’m silly, but somewhere in the back of my mind I thought one day we would meet, that we would become great friends, sharing long discussions about music and religion and family, and maybe even having our kids play together. Look how quickly the time passes. We have exchanged e-mails on and off for over 17 years and so much has happened for both of us in that time. For me, it’s comforting to know there is someone out there, even if it’s on the other side of the world, that understands me at some level and shares some of my thoughts about what’s important in life. We’ve never met, we only just recently spoke for the first time, and I don’t really know the in’s and out’s of your daily life, but my awareness that you’re out there, and that I can call you my little soul sister, makes me happy.
Nothing is promised to any of us. All we have is today. Looking forward to hear, “still here,” and hopefully that you are finding some comfort and relief.
Until we meet one day Kim…
Blessings,
Larry 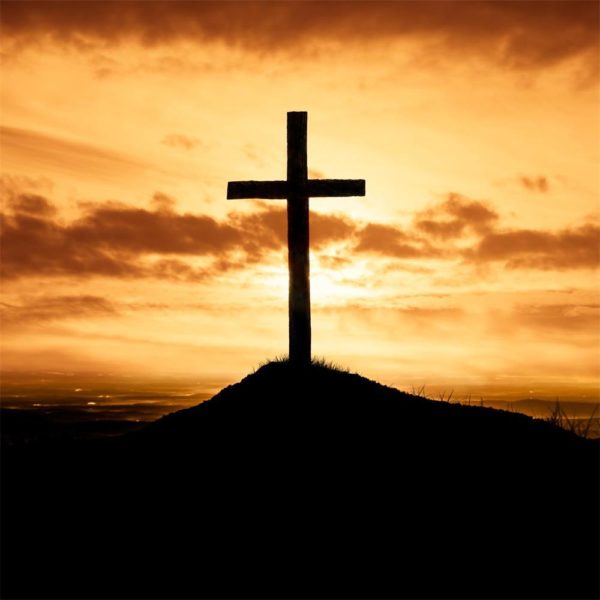